The Mount Coolon Gold Project (MCGP) is located within the Drummond Basin, one of Queensland’s most prolific gold provinces. Located 250km to the West of Mackay in North Queensland, the tenement package covers a total area of over 1,898 km² and holds potential for further significant discoveries.

Mineralisation in the Drummond Basin is typified by low sulphidation epithermal style precious metal Deposits. Examples include Pajingo (3.0 Moz), Wirralie (1.1 Moz), Yandan (0.6 Moz) and Koala (0.36 Moz). Epithermal mineralisation is typified by very fine-grained gold, sometimes occurring in electrum, in quartz veins and or breccias. These deposits are variously interpreted to have formed in locally extensional jogs or bends of transform fault systems. 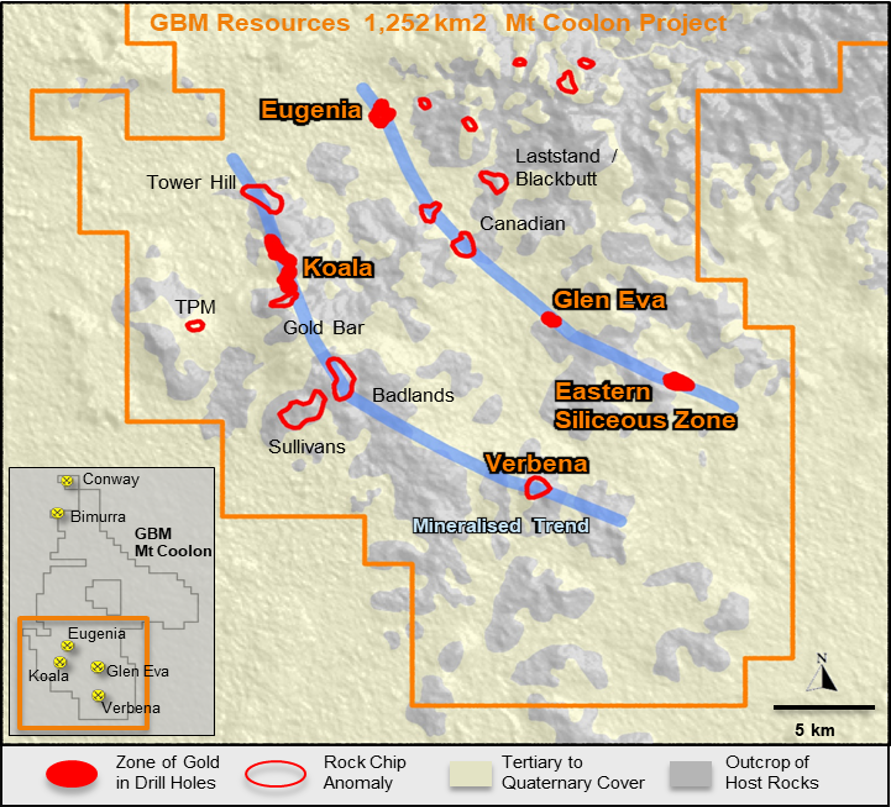 GBM is prioritising exploration at Mt Coolon focussed on discovery of new ounces and rapid targeted resource build to +1 Moz. The current in-pit resources are calculated at A$1,667/oz vs prevailing spot price of +A$2,200/oz.

The Company is evaluating potential “processing radius” consolidation options to further aggregate resource inventory. There is potential for the low-cost heap leach option at Eugenia deposit to support near term cashflow. 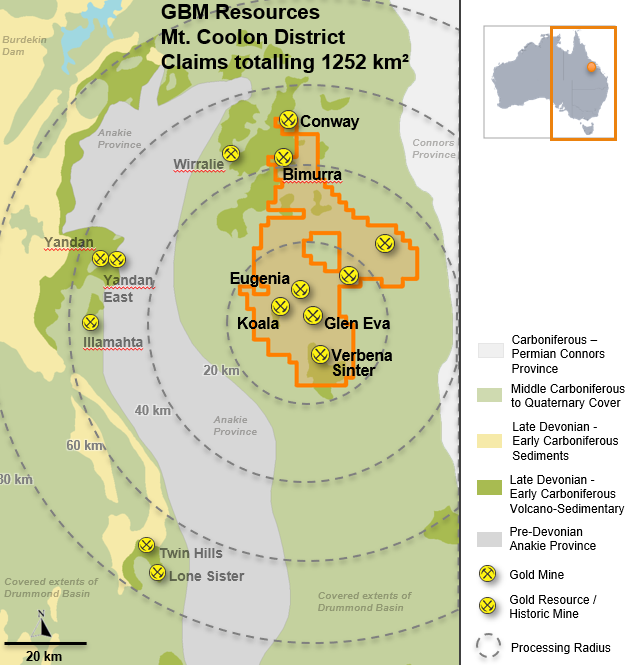 There have been no changes in the Mount Coolon resource since the last Annual Statement of Mineral Resources as at 30 June 2018.

The company considers that any minor increases in mining and operating costs that may have occurred through the year are greatly outweighed by the increase in gold price in Australia resulting from a favourable combination of price and currency movements.